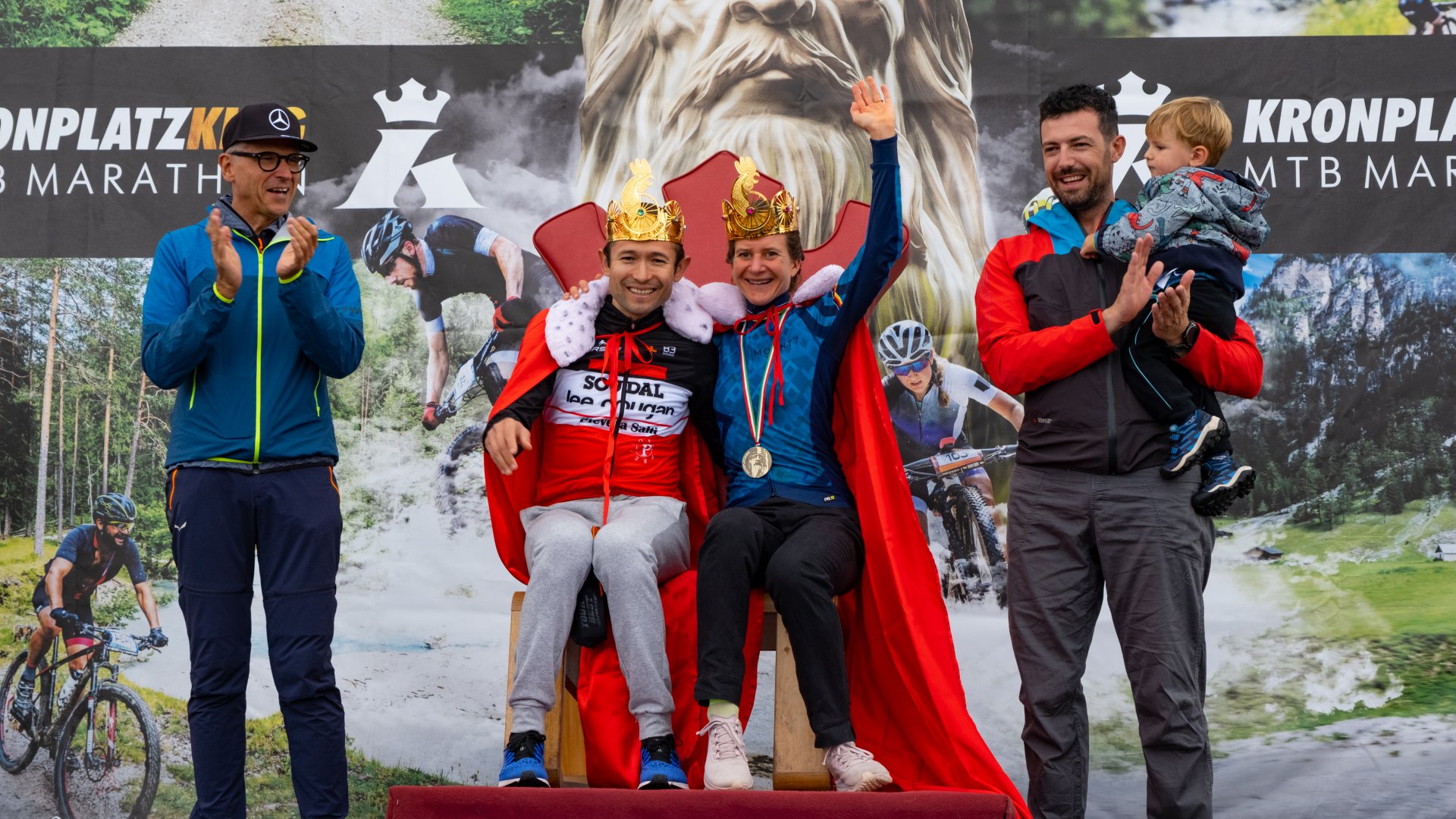 The new ruling couple of Plan de Corones is Adelheid Morath and Leon Hector Leonardo Paez, after winning in their respective categories in the long distance of this year's edition of one of the most popular MTB marathons in the Dolomites.
The Plan de Corones King MTB Marathon has been held for the 6th time and this year the race counts as part of the Marathonman Europe series and was also a preliminary for the Italian World Cup nominations. In addition to the 70 or so elite riders, another 500 cyclists from 16 nations battled it out on the 64 km with 3,150 m of altitude difference of the King Marathon distance and the 49 km with 2160 m+ of the Prince Classic, offering the spectators an exciting "point to point" race. One of the characteristics of the Kronplatz King Marathon is the start in the village of San Vigilio at 1,200 m and the finish at the summit of the famous ski mountain Kronplatz at 2,275 m above sea level. Also this year, many top athletes from the UCI World Series had entered, first of all Leonardo Paez and Aleksei Medvedev, with their entire team Soudal Lee Cougan, the newly crowned MTB Marathon European Champion Fabian Rabensteiner, the South Tyrolean, who practically had a home race finished in an excellent 4th place. In addition, the Italian Samuele Porro was also at the start, while among the women the names of the 2022 HERO winner, Adelheid Morath and the Dolomiti Superbike winner, Claudia Peretti stood out.

The good weather conditions, although quite changeable, have accompanied the athletes from the start at 08.00 h on the long course and 30 minutes later on the shorter one. In the men elite, the competition has been immediately noticeable, with frequent lead changes at the top, as long as the group of favorites was still compact. In the end, however, Leon Hector Leonardo Paez (COL) made it and crossed the finish line first at the foot of the Concordia 2000 Peace Bell. Thus, he secured the title of King of Kronplatz and the golden crown 2022 with a total time of 3:17.43,9. The places of honor, on the other hand, went to Aleksei Medvedev (RUS) with 2.18,6 behind and to Daniele Mensi (ITA) with 3.27,5 behind.
The new queen of Plan de Corones, on the other hand, is Adelheid Morath, after a hard fight that ended for her at the finish line after 4:00.50,9. Thus she leaves behind her pursuers Chiara Burato in second place with 17.27,3 behind and Costanza Fasolis in third place with 17.47,8 behind. Bombastic as every year the winner photo with the new royal couple of Kronplatz, crowned and dressed by race director Maurizio Kastlunger.

Summary of the results of the Kronplatz King Marathon and the Prince Classic 2022: 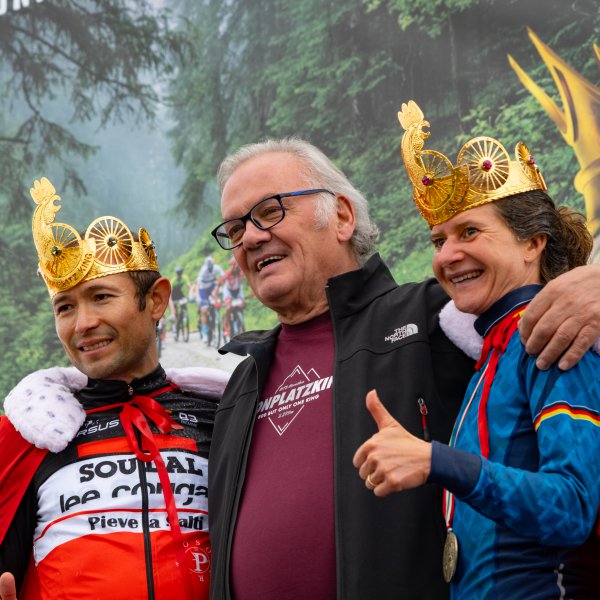 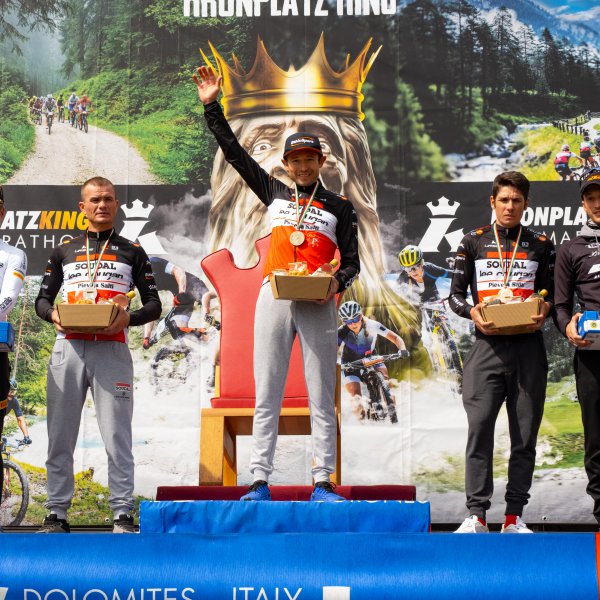 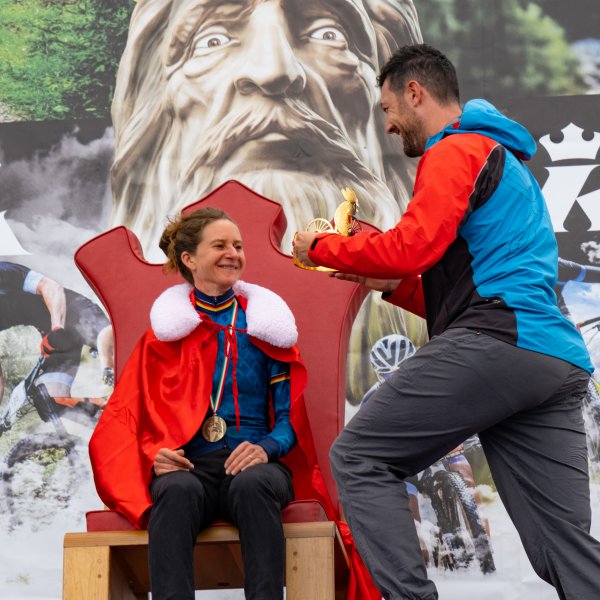 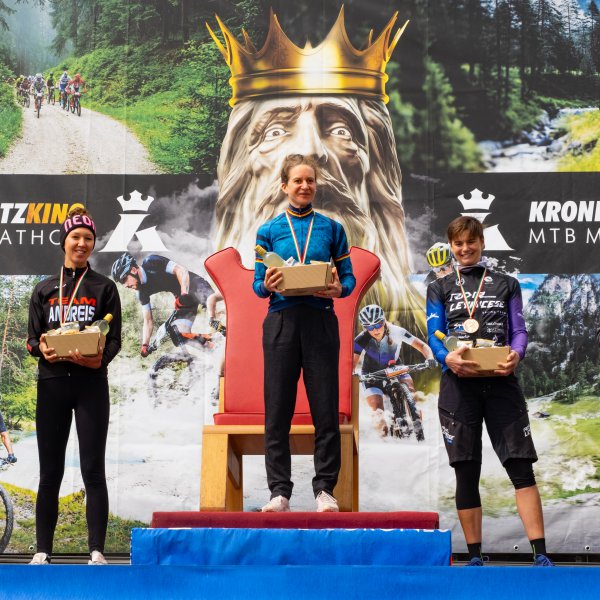 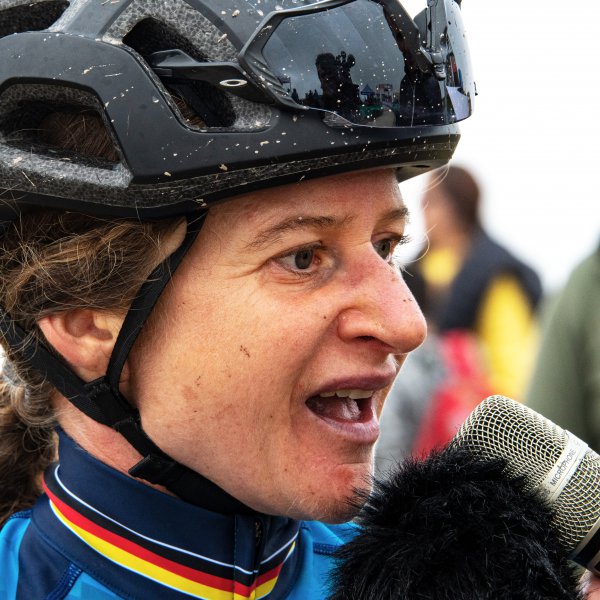 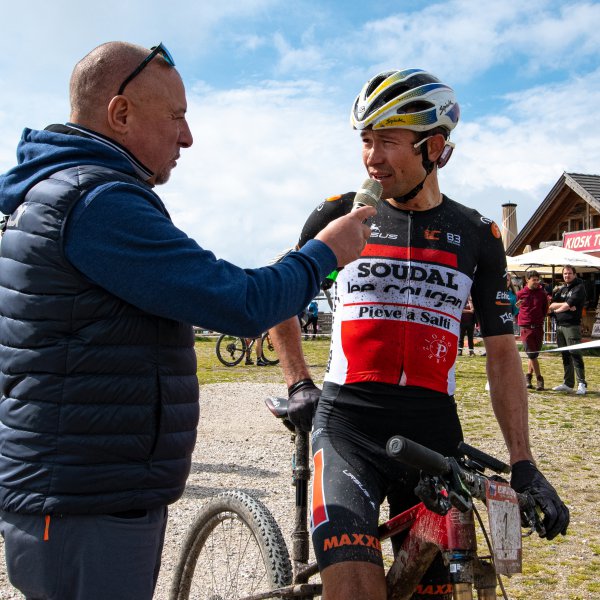