Back to Events
History of the Olanger Seilbahnen AG

It all started in 1963. Hermann Heinz was one of the first ski instructors from the area around Olang and has worked at the ski lift named Keil in Oberolang, which back then was only a rope winch. Together with the best from his skiing course, he climbed up the hill every Thursday on his touring skis and he already knew back then, that the Kronplatz will someday be a very successful ski resort.

After a year of planning, where the Alpenlift should’ve been built, the work started in the autumn of 1965. Around carnival 1966, the lift became operational for the very first time.

The Alpenlift, a single-bracket ski lift with a capacity of 600 people per hour, was powered by a diesel engine. The Prackenhütte was built at the same time as the Alpenlift. It was managed by the company itself, Hans Laner and his sister. The street from Olang was ending at the Festnerhof. Therefore the Prackenhütte was only reachable over the today’s slope with an off-road vehicle.

To reach the Alpenlift more easily, the work for the Prackenlift started in 1968. The ski lift with single brackets and a capacity of 600 people/hour was also powered by a diesel engine. It became operational 1968 and the Alpenlift was easier to reach since then from the Festnerhütte.

One year later, 1969, the current street to the Prackenhütte was built. 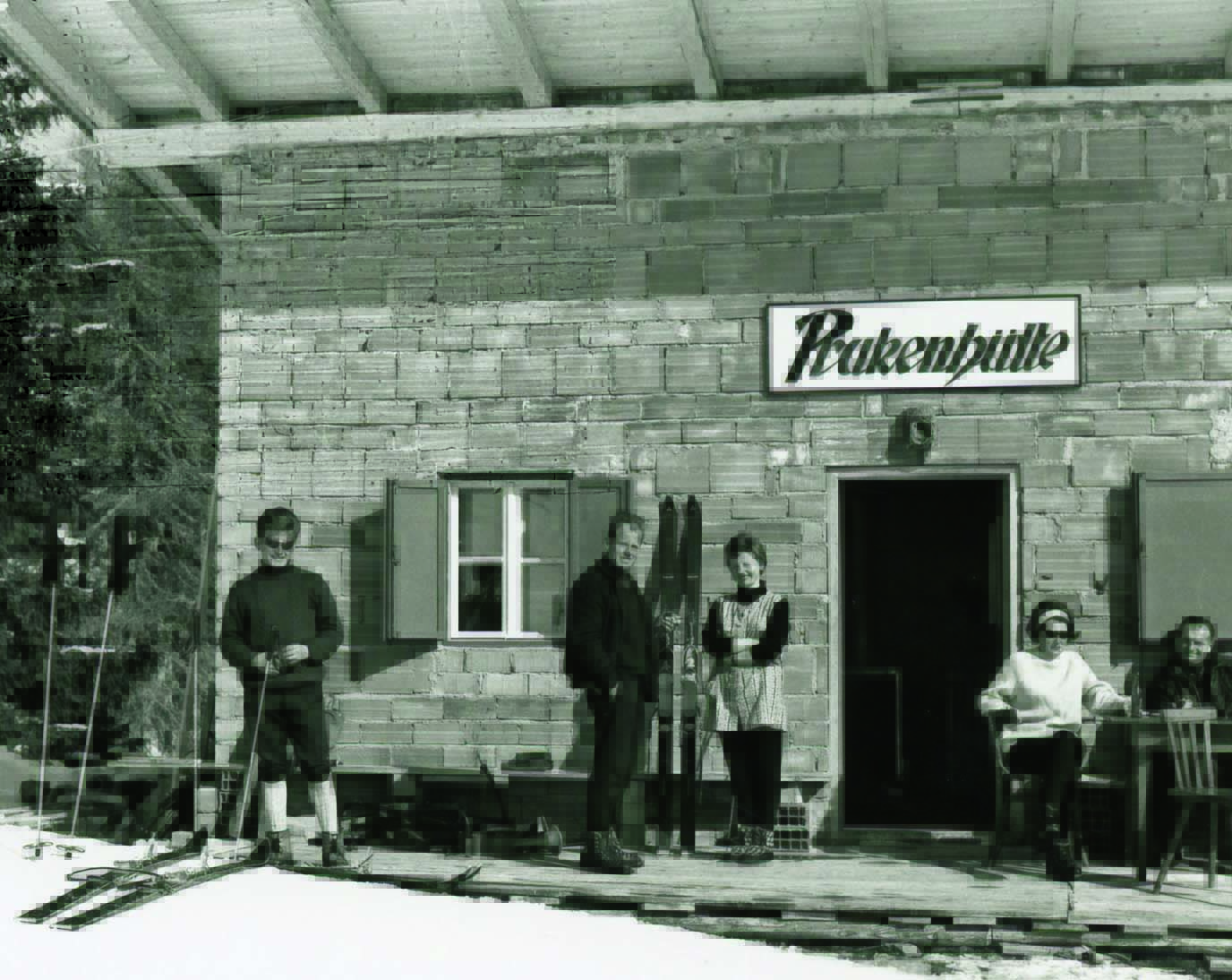 Now they needed a solution to reach the summit and decided to build the Kronplatzlift. To finance the new project, two new shareholders joined the team: the Prugger brothers.

1971 the work on the Kronplatzlift with a capacity of 800 people/hour, started. With this ski llift, a double-bracket ski lift, it was possible to reach the top of the summit from the Festnerhütte. Reaching the summit plateau was not easy because the Brunecker Company had already built the Belvederelift and demanded sole summit rights.

The discussions with Bruneck were held in front of the Assessorat in Trento and the construction was completed with one condition: the line system had to be fulfilled: within 2 years a connection from the valley to the summit had to be realized.

In 1972, the Alpenlift-company Olang changed strategy:

At the same time new investors joined and the company was changed into the Olanger Seilbahnen Ltd. Nothing stood in the way of the upswing of the tourism in Olang.

The technical snow-making started already in 1973. Today 100% of the slopes from the Olanger Seilbahnen plc are technically snowed. A storage lake and 5 undergrounded water storages with a total capacity of almost 86.000 cubic meters, 7 pumping stations, 166 standpipes and 116 snow guns guarantee the white splendor from the end of November to mid-April.

8 slope devices, 3 of them have a rope winch; daily prepare the slopes and work on the snow.

Since summer 2012, the Olanger Seilbahn has been operating the Olang I+II cable car during the summer months. The summer has a lot of potential because the operating costs are lower than in winter and in the valley is the same number of guests on holiday as in winter.

The summer is used by the company to carry out the periodic revisions of the lifts and to carry out works for the public, as compensation measures for new projects in winter.

Today, the Olanger Seilbahn is a good working company with 6 ski lifts. 4 of them are cable cars with automatic coupling and 2 are chairlifts with automatic coupling. This good working company was created from 50 years of foresight of the pioneers of ski tourism in Olang. A small lift-company became a complex branch of the entire Kronplatz and even the entire Pustertal valley.

New ideas, drive, courage and a large portion of luck have guaranteed the development of the company. The new construction Alpen Connecting has showed, that the new generation who is guiding the company now, shows as much courage as the pioneers did 50 years ago. That’s the guarantor for more successful 50 years of the Olanger Seilbahnen.